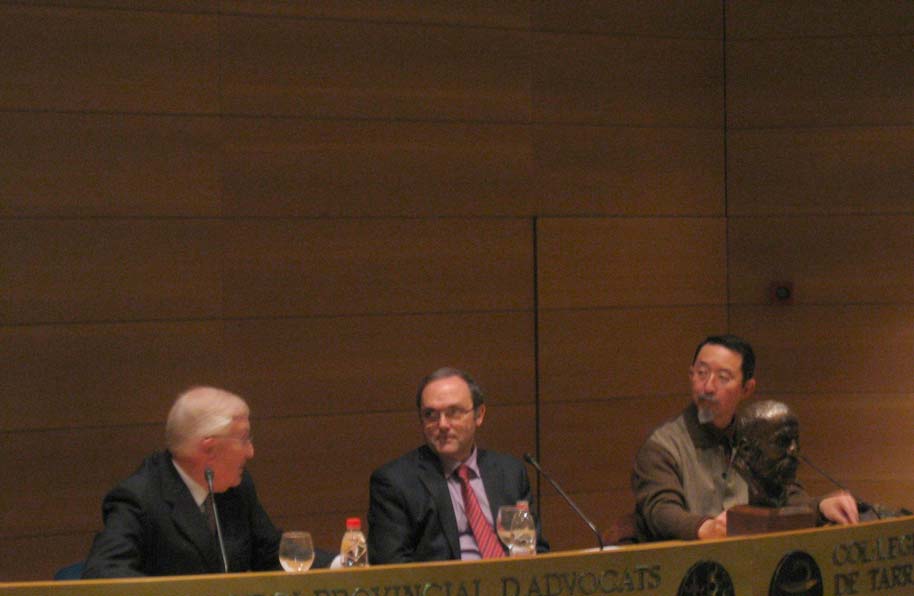 The Pro-Beatification for Antoni Gaudí Association is an entity dedicated to encourage the canonization process of Gaudí to celebrate his fidelity to the Catholic faith.

Created in 1992, this association is presided over by architect José Manuel Almuzara and the collaboration of the Japanese sculptor Etsuro Sotoo on the board, who has active participation on the work carried out on the Nativity Façade of the Sagrada Familia.

In 2010, at a mass taken place at the Sagrada Familia, the Association accompanied the Archbishop of Nagasaki, Misuaki Takami, one of the descendants who was part of the Keicho Embassy and led by Hasekura Tsunenaga over 400 years ago.

The Archbishop, along with a group of Japanese Catholics, started a peace pilgrimage through Spain and Italy to mark the 65th anniversary of the atomic bomb attacks on Japan.

The pilgrimage was presided over by the ‘Maria bombed’; a Spanish-made wooden statue that was crowned in the church of Urakami in Nagasaki, and whose head survived the city’s bombing in 1945.

The work of Gaudí, in some way, represents certain values of the Japanese culture, such as admiration for the manifestations of nature. The Orient was a source of inspiration for the architect, who integrated aesthetic forms of Asia in some of his works, such as the Güell Pavilions.

To find out more detail about the association’s mission, make sure to visit their website: