Hasekura’s journey from Madrid to Montserrat

The Keicho Embassy in Catalonia

The Keicho Embassy has aroused great interest among historians and researchers in recent years. Works such as “De Japón a Roma pasando por Coria del Río” by Victor Valencia, “De Sendai a Coria del Río” by Juan Manuel Suárez Japón, the novel “El samurái de Sevilla” by John J. Healey, or the documentaries “Las Huellas del Samurái” and “El viaje del Samurai” are just some of the examples that focus on the history of the Keicho Embassy in our country.

All of these excellent works delve deeply into the historical events of the Embassy, but surprisingly they hardly contain anything but a vague description of the ambassadors’ passage through Catalonia on their way to the Vatican to meet Pope Paul V.

It should be noted that at the beginning of the 17th century, Barcelona was one of the most important port cities in the Mediterranean, where the old Avenida de la Marina (currently known as Paseo de Isabel II) with its imposing walls housed one of the most emblematic buildings in the city, such was the Lonja de Mar. This building was where merchants congregated to conduct business, and it was commonplace to meet people from far away lands. The city of Barcelona played host to cultural and trade exchanges, giving inspiration to Miguel de Cervantes to write part of his novel “El Quijote”.

What we know of the Keicho Embassy in Catalonia can be found in two separate sources; firstly in a book by the historian Scipione Amati in “HISTORIA DEL REGNO DI VOXV”, and secondly in the fantastic interpretation of this exact book entitled “Historia de la Embajada de Idate Masamune al Papa Paulo V” written by José Koichi Oizumi and Juan Gil. 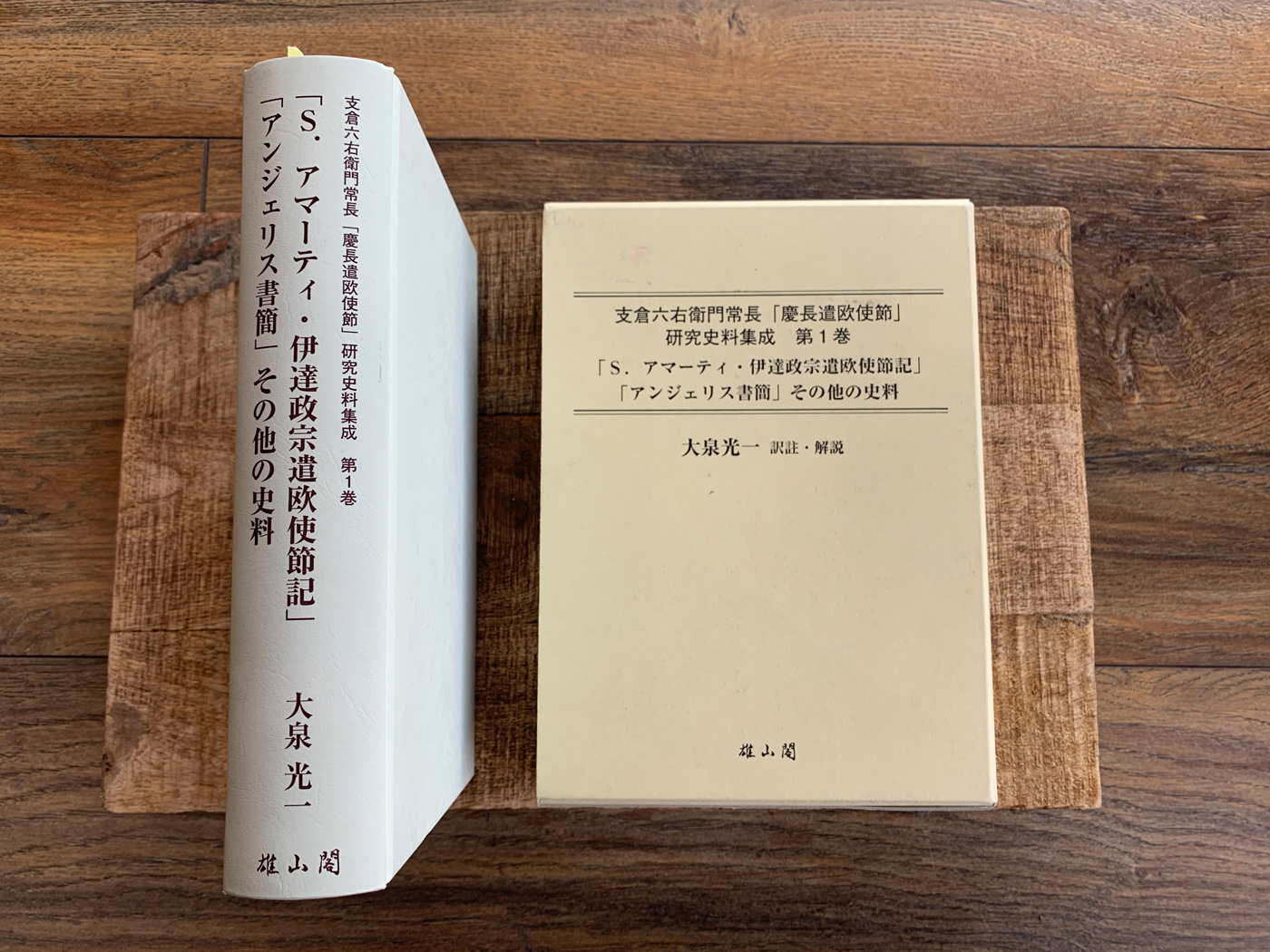 The latter is an excellent piece of literature, which demonstrates that Dr. Amati’s book is composed of two distinct parts. The first part of the book is written based on second-hand information, corresponding to the route made by the Keicho Embassy in its journey to Madrid. The second part is narrated by the author himself, and as such, serves as an important first-hand source into the journey made from Madrid towards Rome, more so the time spent by the Embassy in Catalonia that garnered a lot of interest. We can also verify in many of the pieces that Dr. Amati has made references to the various procedures they carried out in Barcelona and Rome, including promises made to the deputies in Barcelona “promise farne memoria nella relatione”. 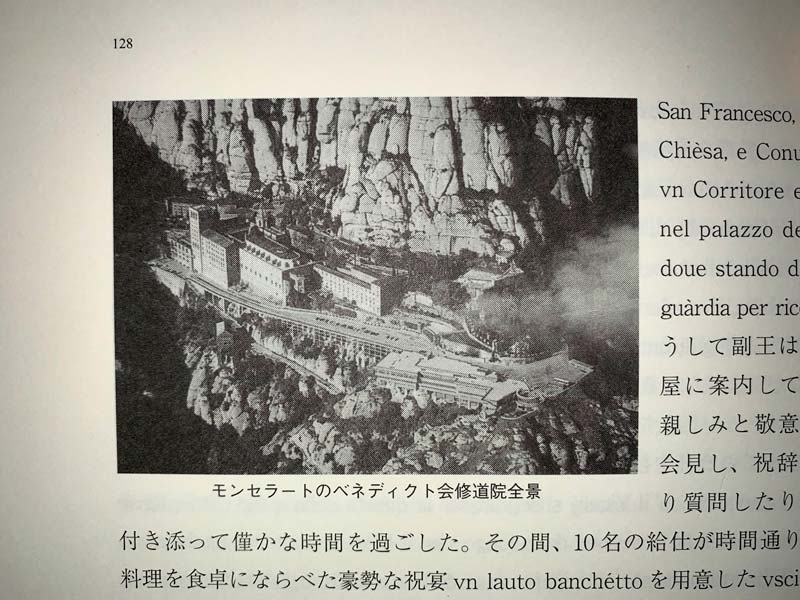 These are valuable works of literature that we, at HJAPÓN, were able to acquire in the summer of 2018 thanks to those individuals who accompanied us to the Sendai Museum during the investigative journey we made into understanding more about the Keicho Embassy, and the lands where Hasekura was born and from where it all began. 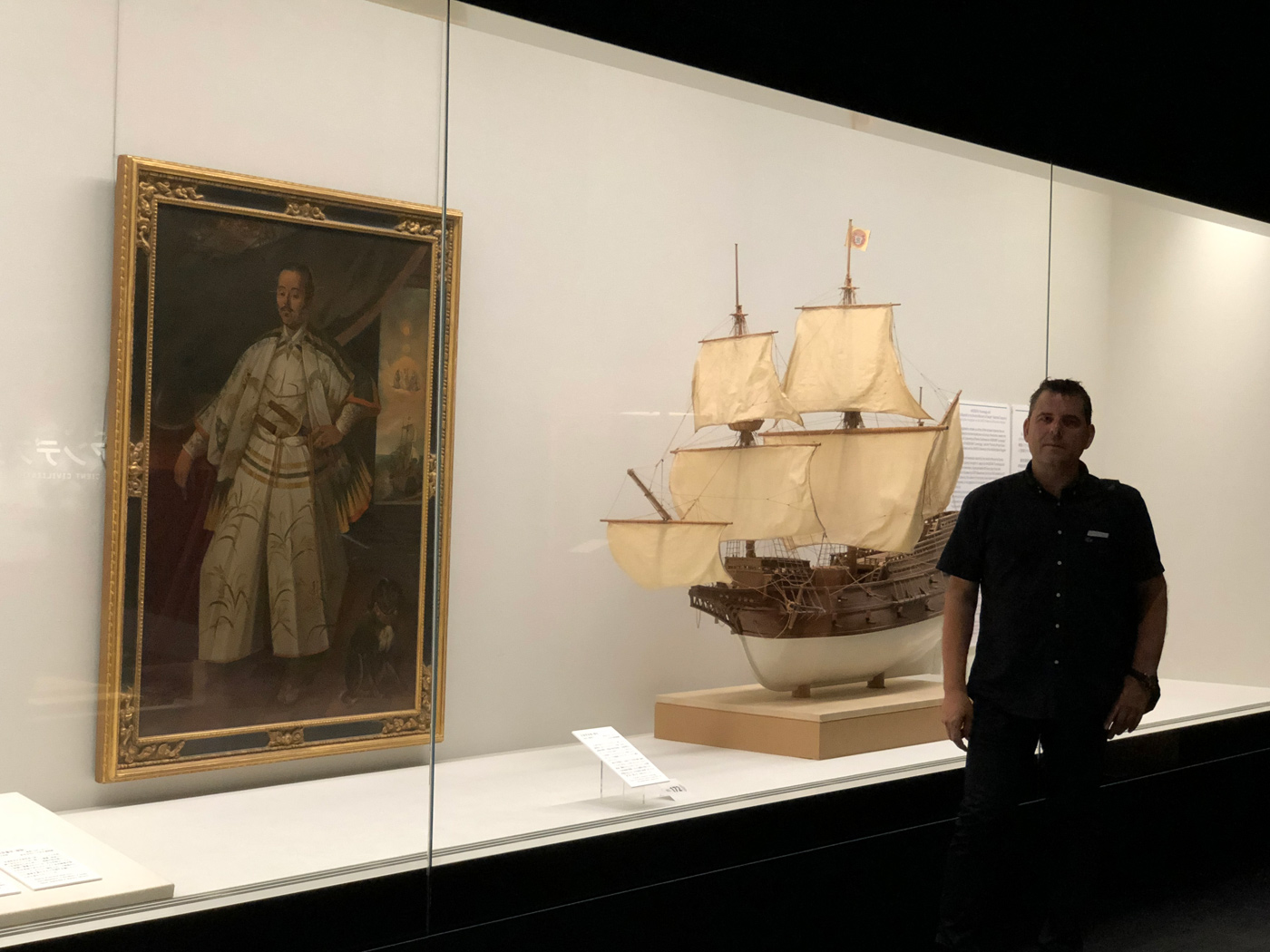 “From Madrid to Montserrat”

After an audience with King Felipe III, the Keicho Embassy received the approval of the court to continue its journey towards Barcelona, from where Hasekura would embark onto Rome to meet with the Pope and the high Vatican authorities. The Embassy moved on from the capital in order to make progress into their mission, entering the Kingdom of Aragon and spending the night in Zaragoza. It was there where Hasekura had the chance to visit the famous Basilica de Pilar in the company of the city’s Viceroy and enjoy a grand feast. The next day, Ambassadors moved onto Fraga, on the border of Catalonia, where Captain Martin de Heredia had prepared a cavalry detachment to escort the Samurai to the city of Lerida.

The great insecurity of the roads of Catalonia at the time justified the need to protect the ambassadors in their journey through the region. Attacks by thieves and bandits on travellers were common across Spain, and bandits like Joan de Serrallonga among others were especially feared in Catalonia. 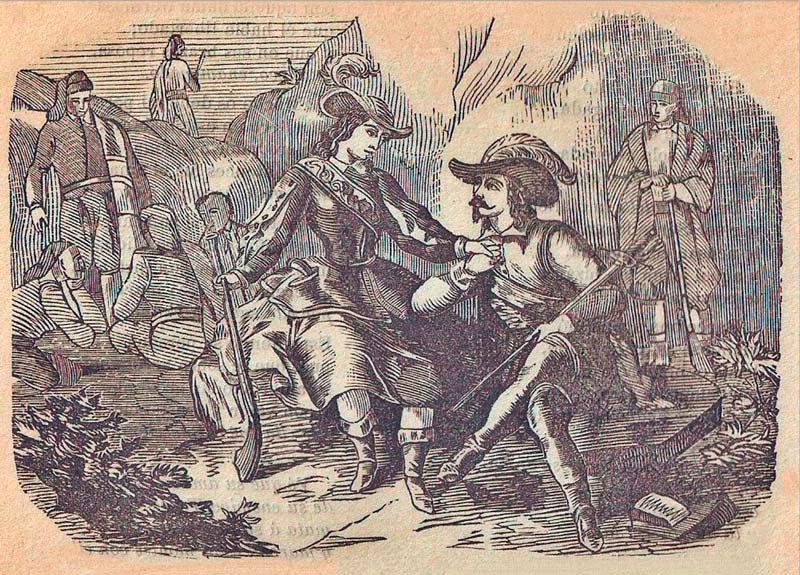 A Company of twelve soldiers on horseback from Perpignan, then belonging to the Crown of Aragon, waited for Hasekura in Lerida to ride onto Barcelona. The cavalry had been commanded by the speaker Rellano from the Council of Barcelona, one of the greatest justice bodies in the Catalan capital, with the mission of providing protection to the Ambassadors. Under their protection, the Keicho Embassy first head to Igualada, where Dr. Amati confirmed that they arrived safely, and then continue their journey onto a very special destination: the Montserrat Monastery. 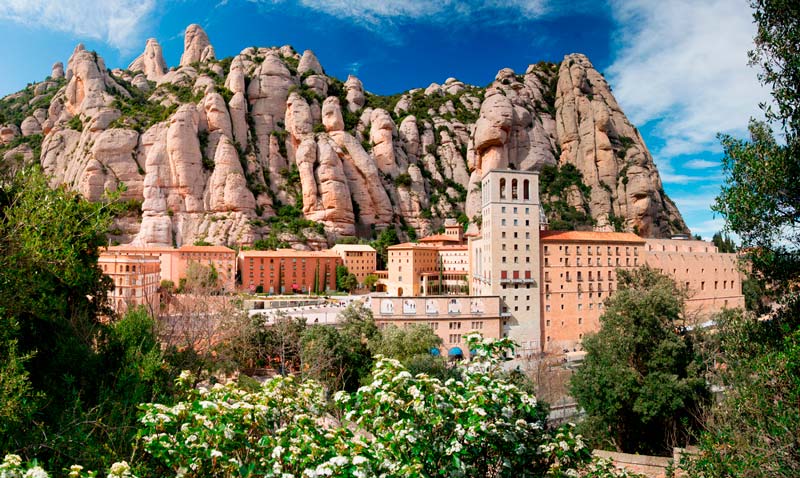 Montserrat, home to the wise Benedictine monks, was, from the Middle Ages, one of the most famous monasteries in all of Europe. Pilgrims from all over the continent travelled religiously to the monastery to redeem their sins, and numerous hermits became recluse for months and years in the various nooks of the mountain, such as San Ignacio de Loyola. Montserrat had also established itself as an important centre of study and knowledge, housing since its foundation a large library with valuable manuscripts and documents. It should be noted that between 1582 and 1590 the Tensho mission took place, comprised of four young Japanese men accompanied by a Jesuit missionary, and this Embassy visited Montserrat on their trip back to Japan, after having met the Pope in Rome.

As Dr. Amati mentions in his book, the importance of Montserrat as a place of worship, was comparable to that of places like the Great Temple of Zuiganji, in Matsushima, which belonged to one of the seven houses of worship in Japan. 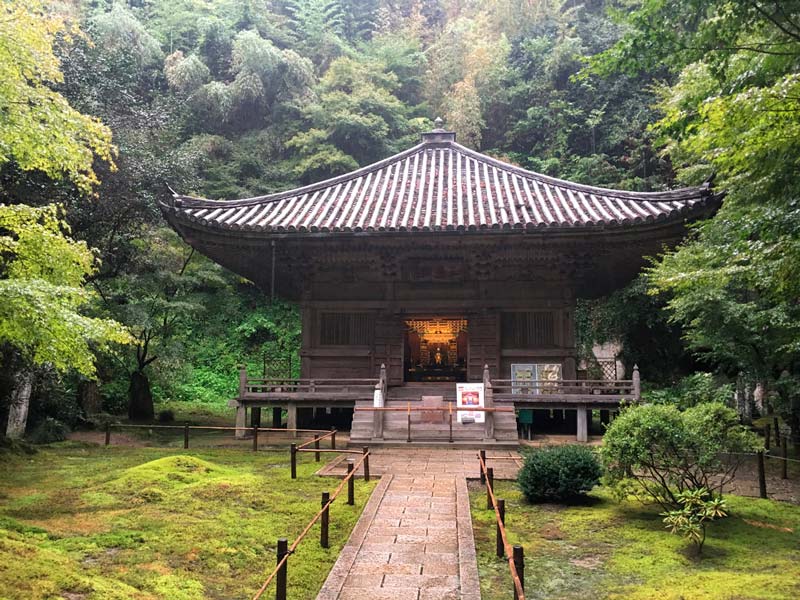 Following this path, the Ambassadors arrived in Montserrat and were received with great honour by the Abbot of the monastery. There, they were housed in the royal chamber and enjoyed the warmth of their residents. Meanwhile, the interpreter and representative of the Embassy, Dr.Amati, left for Barcelona to meet with the Viceroy and Prince Filiberto de Savoy to deliver the letters of King Philip III in favour of the Keicho Embassy, in order to carry out and finalise all the paperwork so that the Embassy could leave for the Vatican.

The passage of the Keicho Embassy through Montserrat has left a deep mark on the history of the monastery. In commemoration of his trip to Catalonia, the Wa-Rei Ryū Catalan-Japanese Cultural Association annually pays tribute by offering a floral wreath to the monastery’s basilica. This is a symbolic act to honour Hasekura and the rest of the Embassy who established the primary relations between the Japanese and Catalans, bringing the two cultures together, and creating friendship and positive relationships between the two nations. 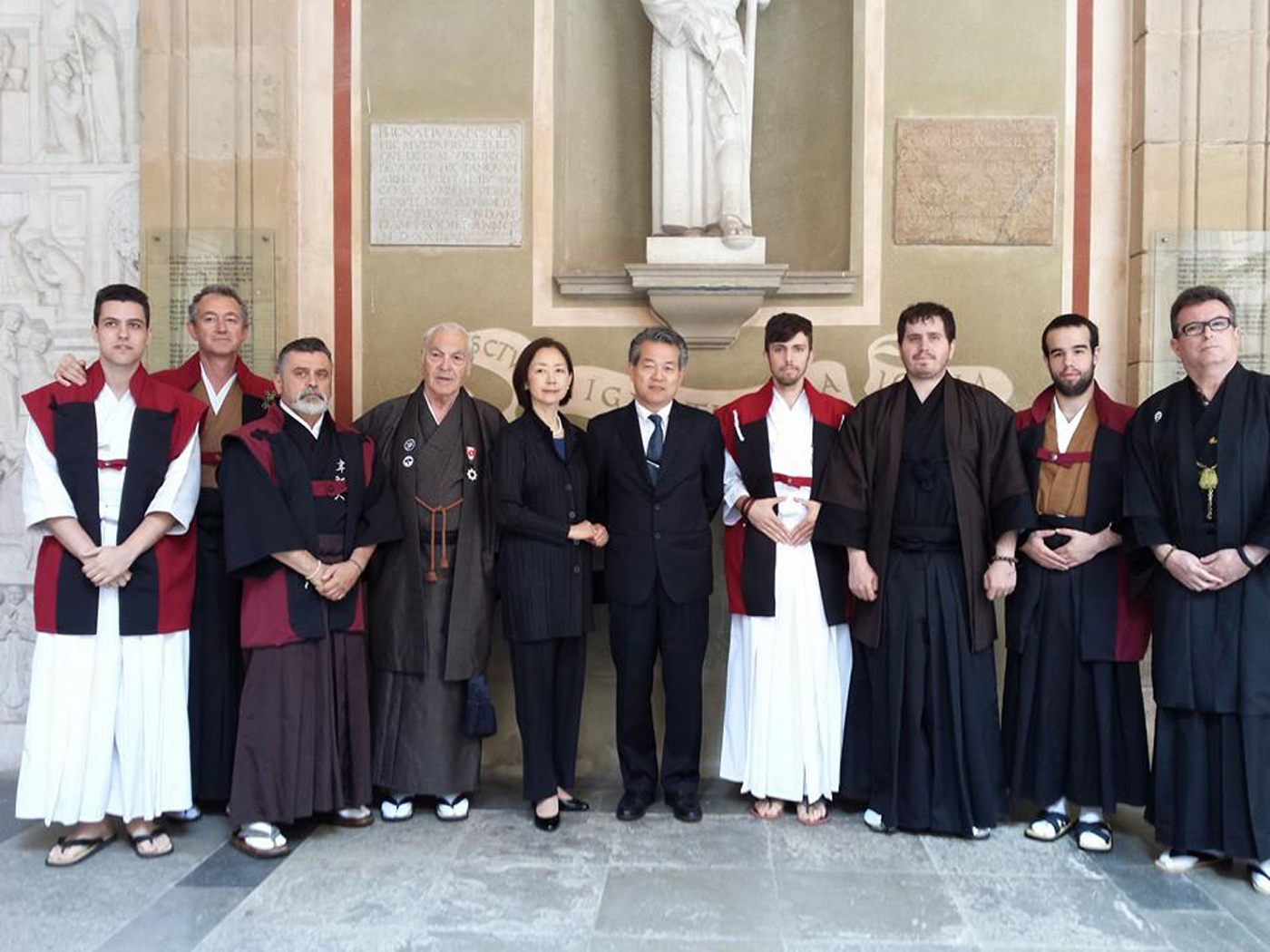