After Dr. Amati delivered the letters from his Royal Highness Felipe III to the Viceroy of Catalonia and to Prince Filiberto of Savoy, Hasekura obtained the approval of the authorities for the Japanese Embassy to make its way to Rome. After their stay in Montserrat, Hasekura and his entourage headed towards Barcelona on horseback, arriving on a Saturday afternoon at the medieval walls where Dr. Amati was waiting for them with two floats at the entrance of the city. 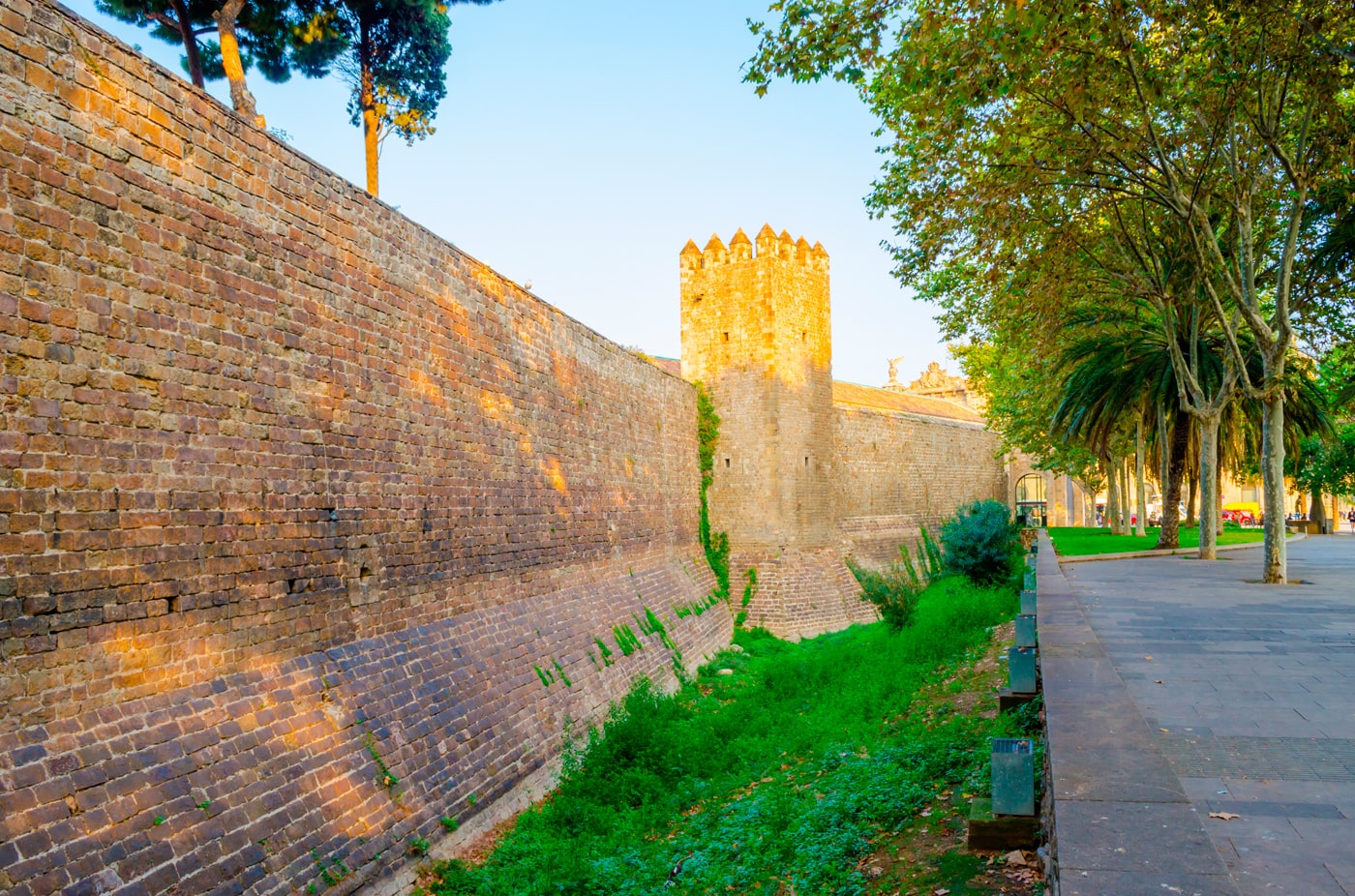 The Ambassadors climbed onto the floats and headed towards a nobleman’s house located at the beginning of Las Ramblas, next to the convent of San Francisco, and from where one could see the port and what is currently known as the Isabel II promenade, or as coined by Dr. Amati “The Avenue of the Marina” which was the promenade most frequented by the Barcelonan aristocracy. 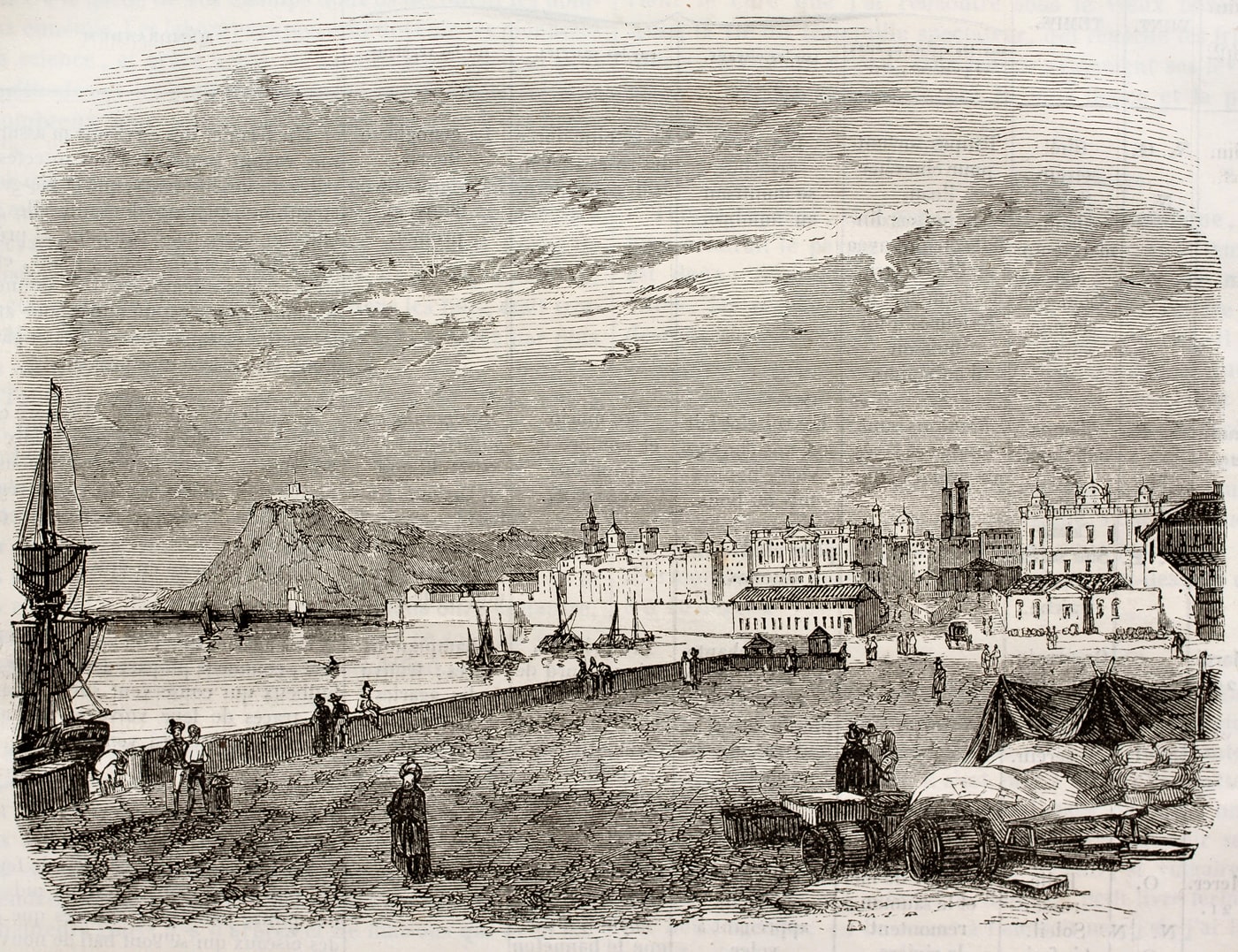 The Barcelona that Hasekura found in 1615 was a completely walled city that included various defence and surveillance towers as well as different gates. The closest access door to the convent of San Francisco, located at the end of what are now Las Ramblas, was the door of the Atarazanas, right where the Maritime Museum of Barcelona is currently located, and where the Galleys were formerly built. 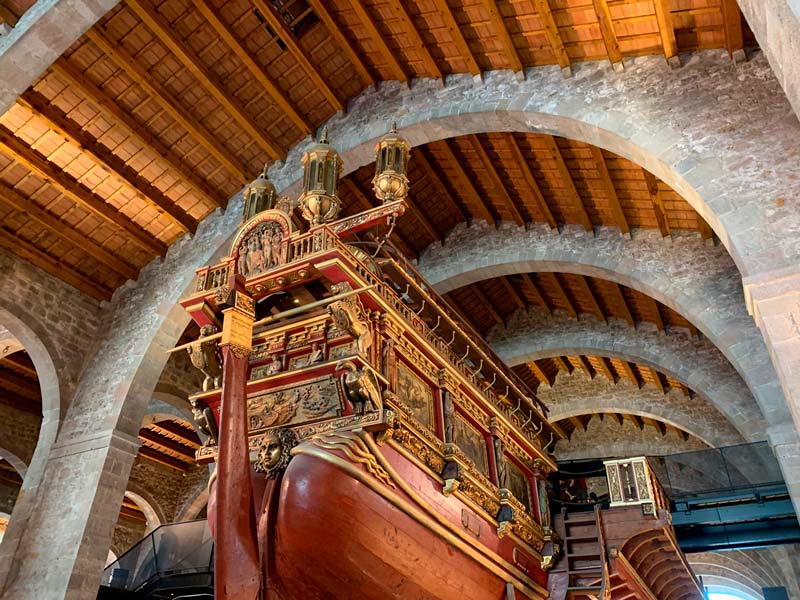 To the north of the walls of Barcelona, in the opposite direction to the sea, was the Angel Gate that connected the city with the town of Gracia, where the convent of Jesus was located, and also from where the carriages departed to other towns and cities. 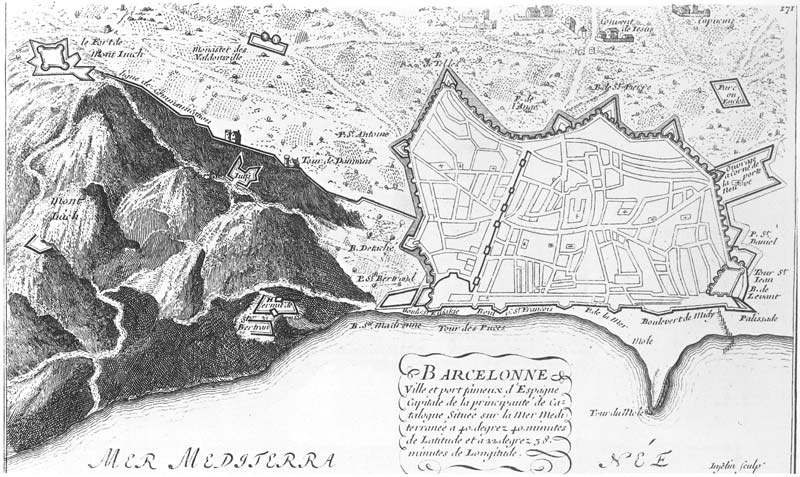 Dr. Amati informed Hasekura that he had made all the necessary preparations for him to go to Rome, among which were the results of having approached Prince Filiberto of Savoy, “Captain General of the Seas”, with a letter from King Felipe III, allowing the Embassy to board the first galleys that were bound for Italy. For this, Dr. Amati previously had to meet with the viceroy of Catalonia, the Marquis de Almazán, who Amati tells us was very sick in bed.

Upon knowing this, Hasekura and his entourage decided to pay a visit to the Viceroy to acknowledge his grave illness and as a sign of courtesy. In the recounting by the Viceroys of Catalonia, the Marquis of Almazan died in October 1615 after having met Hasekura in one of his final days. He later assumed the position of Viceroy the Duke of Albuquerque. 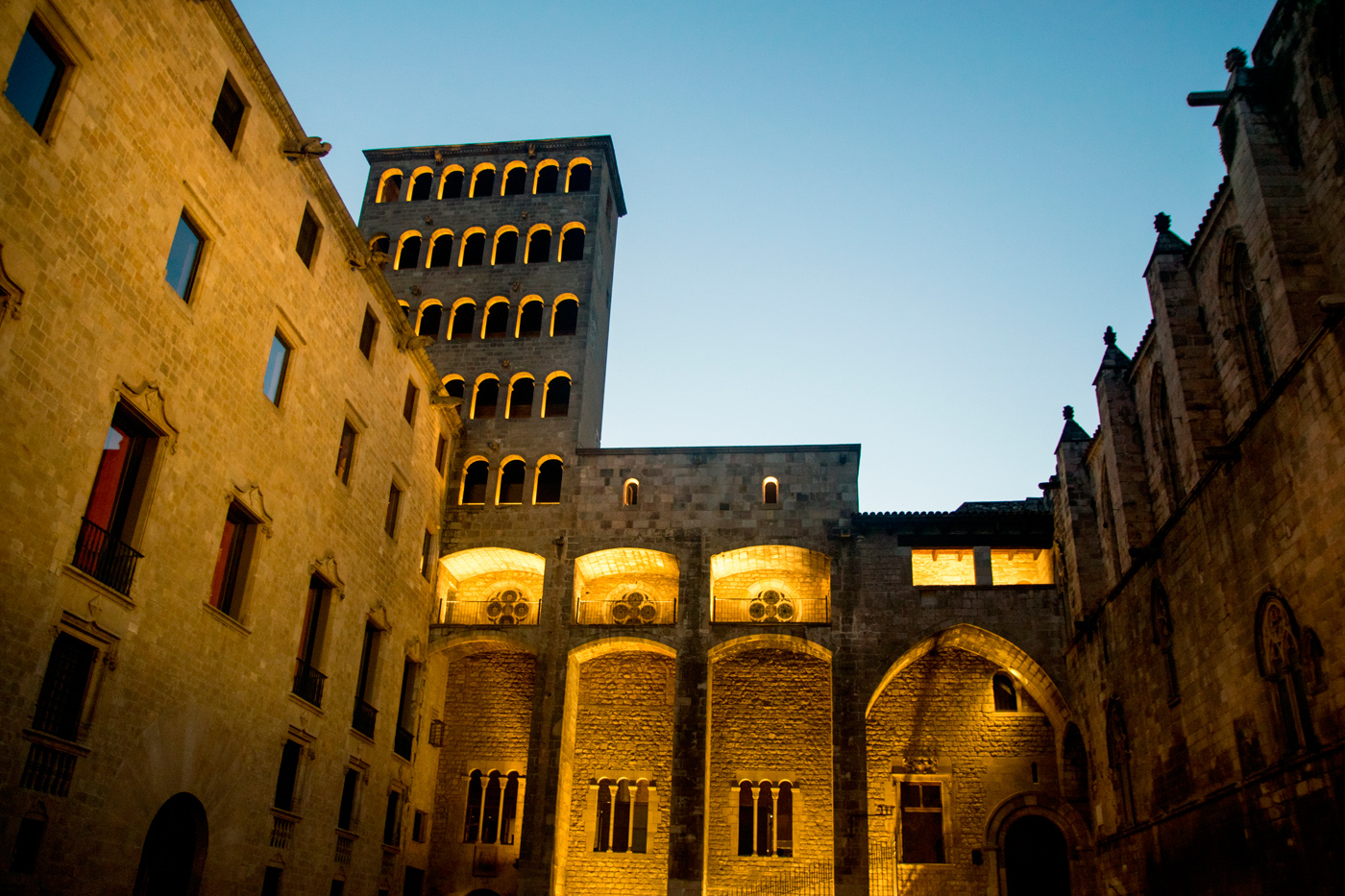 After the visit to the Marquis de Almazán, Hasekura and his entourage went to visit the convent of Jesus, which was located on the outskirts of Barcelona. There they were received, according to the writings of Doctor Amati, by the guardian with great displays of affection and were invited to visit its famous gardens. Upon visiting the gardens, Hasekura and his companions returned to the city and went for a walk on Marina Avenue, a place frequented by the Nobility of Barcelona.

The convent of Jesus of the parents of San Francisco was located on what is currently the famous Paseo de Gracia at Aragon Street. It was a Franciscan convent that was built in 1427 in the time of Alfonso V of Aragon, also known as The Magnanimous. This convent, being outside the city walls, was very vulnerable in military conflicts and was demolished in 1823.

The next day in the morning, Dr. Amati met with the Count of Eril, Viscount of Eboli, in order to obtain sufficient resources to embark towards Rome. For this, the council of deputies and the City Council met to discuss the advisability of granting said resources to continue the trip.

The translation of Amati’s writing about that meeting read as follows:

“Gentlemen, the length of the trip of the embassy of Japan, which is five thousand and two hundred leagues, accompanied by dangers, penalties and expenses, the protection, generosity and coastal assistance that His Catholic Majesty has given him since his entry into the New Spain, which is the port of Acapulco, to the last of its kingdoms, which is Barcelona, and beyond; and the glorious end for which it comes, which is the conversion of the island of Japan, are three causes, without which they are very typical of this very illustrious Senate, to make thanks to a foreigner who comes to add crowns to the Christian republic. The ambassadors beg you to bestow upon them the grace and franchise, assuring them that, as much as they receive, they will be very obliged and favoured.”

The Deputies of Barcelona as well as the City Council, after discussing this proposal, promised Dr. Amati that they would do everything possible to carry out the objective of the Japanese Embassy.

The next day Hasekura and his entourage had the opportunity to visit the Provincial House, where they could contemplate the extraordinary beauty of one of its rooms where all the silverware was kept, as well as “the precious things that the property housed”. In 17th-century Barcelona, the buildings that belonged to the Provincial House and of the Council are what today correspond to those located in the Plaza Sant Jaume, the current City Hall of Barcelona and the Palace of the Generalitat. 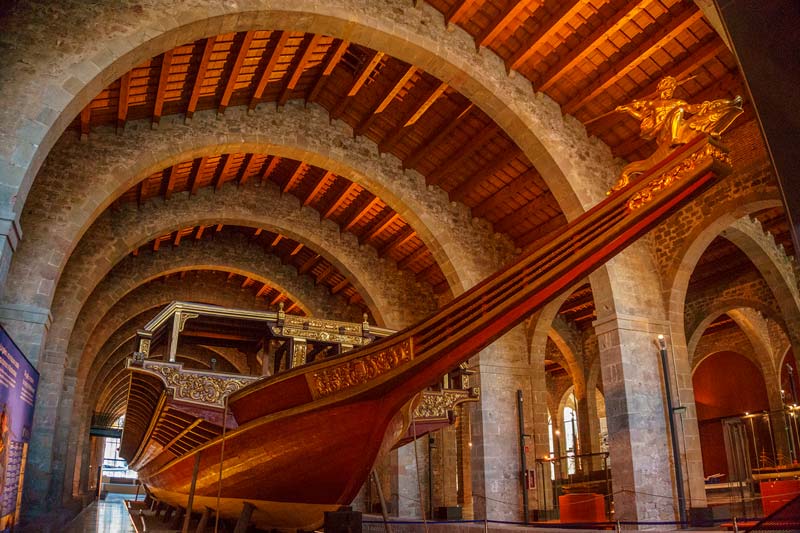 Following this day of visits, Hasekura and his companions also set out to visit the so-called “Main Church” (which would probably correspond to the current Cathedral of Barcelona) and a weapons room that the city housed. It should be noted that in the 17th century in one of the buildings near the port, one could find the “House of Recruitment” where currency changes were made and trade was hired, what we now know as the Sea Market, and that in the neighbouring buildings were the Palace of the Viceroy of Catalonia, as well as the arsenal and the army of the city. Other important buildings of the time, that probably Hasekura and his companions would have known, are undoubtedly the Basilica of Santa Maria del Mar as well as the Church of Santa María del Pino. 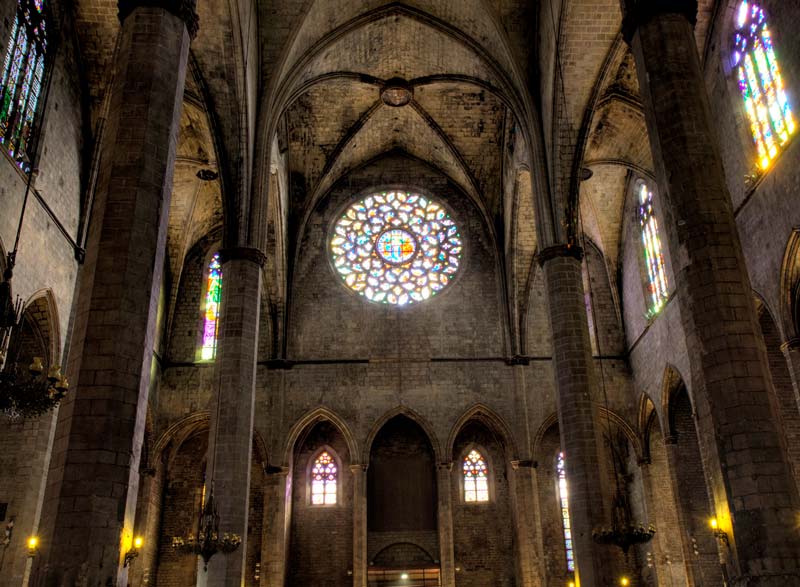 Continuing with Hasekura’s route through some of the emblematic places of the city, Dr. Amati details a visit to the pier, currently the old Port or “Port Vell”, to know how some of the procedures of his trip to the Vatican would be made. Initially they were offered two frigates from Genova and a Brig from Barcelona to make the crossing, but after Hasekura noted that said passage would be delayed more than desired, it was finally determined to continue the trip to Rome in “Falúas” where, as Dr. Amati describes, “the ambassadors and his entourage travelled very comfortably.”

The 17th-century frigates were warships with three masts and operated under sail, also on the sides they had ample space for cannons, and some frigates could contain 40 cannons. As such they were designed for war, with the interesting fact that they were light boats.

The classic Falúas were small boats that had six oars and lacked cover. As far as one can think, coinciding with the interpretation of José Koichi Oizumi and Juan Gil, that the Falúas referred to by Amati would actually be somewhat larger, more comfortable and safer than the usual ones, since the crossing from Barcelona to Rome would have taken the Embassy several days, and since they stopped at places such as Saint-Tropez, Savona, Genova, and Cività Vecchia.

Although Catalonia is still a land of passage for those Samurai on their way to Rome, the chronicle that Dr. Amati tells us, is an episode of great importance within globalization, which was already coming to a heat in the seventeenth century. The incredible welcome and reception that the Catalan authorities gave to the ambassadors shows a willingness to form bridges and represents a starting point for relations that will continue to this day.

The result of this expedition and the opinions of the different parties in question are not understood without considering the obvious cultural barriers and the pursuit of particular interests. In any case, and bypassing the achievement or not of its immediate objectives, the mission carried out by Hasekura Tsunenaga and the Japanese who accompanied him through Spain and Catalonia has had an extraordinary and palpable impact through the surname ‘Japón’ that is shared today by hundreds of men and women, and by the various activities that aim to merge and create harmonies within the Japanese and Spanish cultures.