Recently, HJAPÓN has thrown its second campaign the Spanish newsletter “Vanguardia”, having as a first character this incredible armor. The campaign was realized on June the 4th of 2021 and was a complete success for the company. This campaign fulfilled its main objective satisfactorily: to cause an impression on the reader. 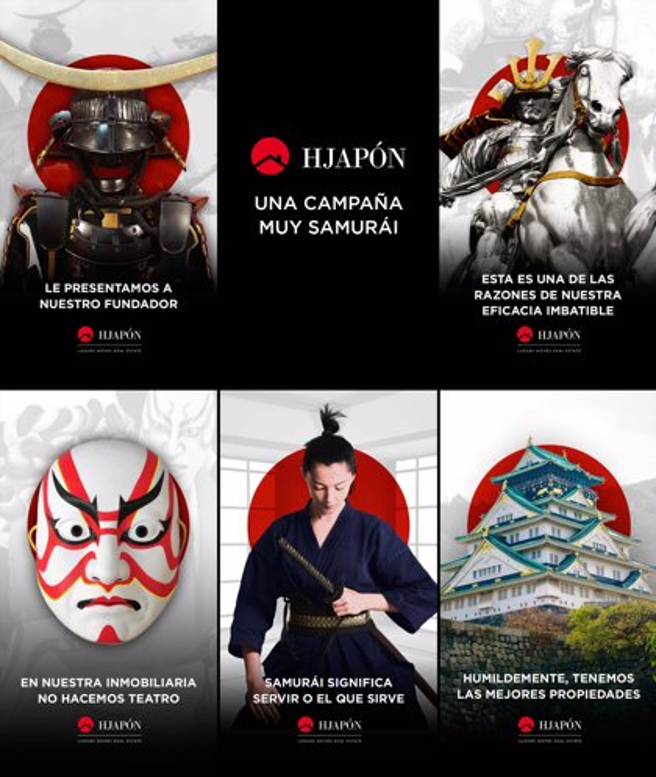 The project began as one of many designs, trying to find the perfect way of attracting people’s attention when it would be observed. The campaign consisted of six powerful advertisements that have demonstrated in an original and creative way the method that HJAPÓN uses exclusively for the samurái sale and the loyalty to the clients. These, sum up 400 years of Japanese history in an efficient and simple way, without forgetting the values that these had.

If the image that we find just above this text is carefully analyzed, it is possible to observe that the first image is a gigantic Japanese armor, created thanks to the graphic design system provided by the company. However, the second image is minimalist. It simply contains a phrase with a few words to let people know concretely what the purpose is, and the uniqueness of the HJAPÓN samurai system.

The third image causes a visual impact as the advertisement is a warrior on a horse on its way to battle. This can be interpreted in a way that the efficiency of the warrior increases the production and sale of houses. In fourth place, we find a Japanese theatre mask, symbolizing that the company provides maximum security and they don’t take promises seriously that they can’t fulfill. That is, HJAPÓN is very loyal to the client, not wanting anything in exchange.

The image just beside the mask is the representative image of the company (it is seen as a big mural at the entrance of the office) as it shows the values of the Japanese warrior but also counting on women in them. Finally, we find a majestuous Japanese temple as a campaign. As it is said in the phrase, they have the best properties that can be found in the coastal zone of Maresme.

Each one of these ways of promoting has caused a different impact on clients, friends, and colleagues. In each one of them, there are hours of effort put behind, which seem to have paid off.