Daruma is considered an object of luck in Japan. This is because people decide to set a personal goal and the best way to accomplish it is with it. Once an objective is targeted, Daruma should have an eye painted and the other eye must later be painted (once the objective is accomplished).

Firstly, they are manufactured of wood and have their weight marked in their lower part so that they always stand still, even if they are pushed or when they swing. This swing represents perseverance in life, the continuous process of never giving up on anything.

Another of its greater characteristics is its appearance. Darumas don’t have arms or legs due to the fact that they follow the following traditional legend: the monk Bodhidharma lost his arms and legs due to meditating for nine years straight inside a cave without moving.  This Hindu monk was later considered the founder of Zen Buddhism. 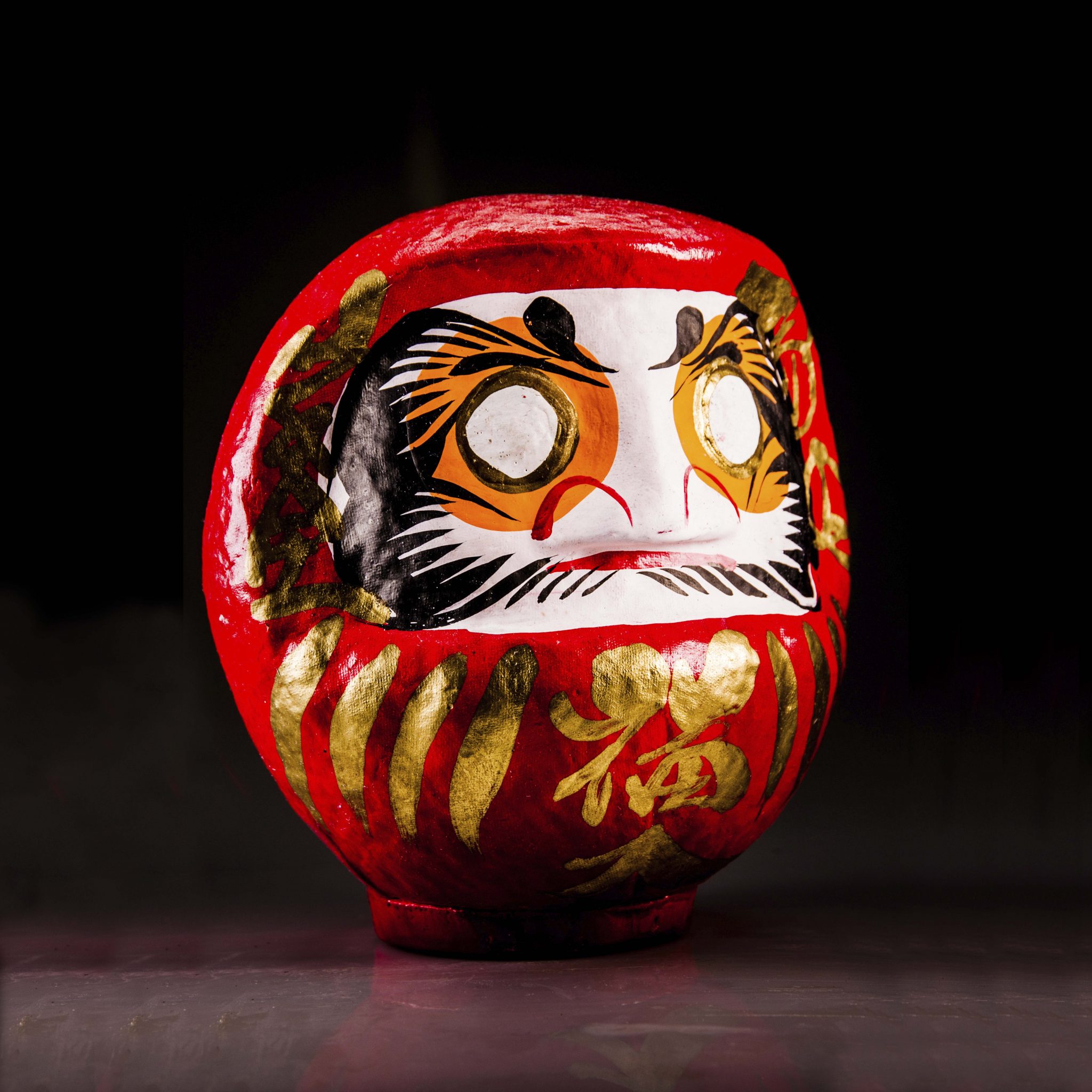 We find several colours of Daruma, although the most traditional is red. The colours depend on the objectives that the person wants to mark, although it is very personal. What the different colours of daruma symbolize are:

Its main function, as already mentioned, is to represent a personal objective. Darumas are manufactured without pupils since they have to be drawn by the person once they accomplish their objective. Later, the wooden doll must be placed somewhere visible in the house or in a space that the owner prefers, but it must serve as a reminder that that work must be done to be able to paint the other eye.

Finally, it serves as a motivational amulet and, in order to achieve the objective that the person proposes, it must work hard and to its part. In addition, there is a word attributed to a special meaning: Ikigai. This word represents the following phrase: “Having a reason to exist”. Due to this, Darumas can be considered as that motivation or impulse that helps us meet our goals.

As a curious fact, Daruma’s right eye is usually painted first when setting the goal and when it is met, the left one is painted.

For this reason, Daruma is considered the symbol of perseverance, constancy and effort, which are necessary requirements for achieving the objectives. Its previously mentioned oval shape causes that when leaning our pushing the daruma, it recovers its initial position and there is no way to lie down.